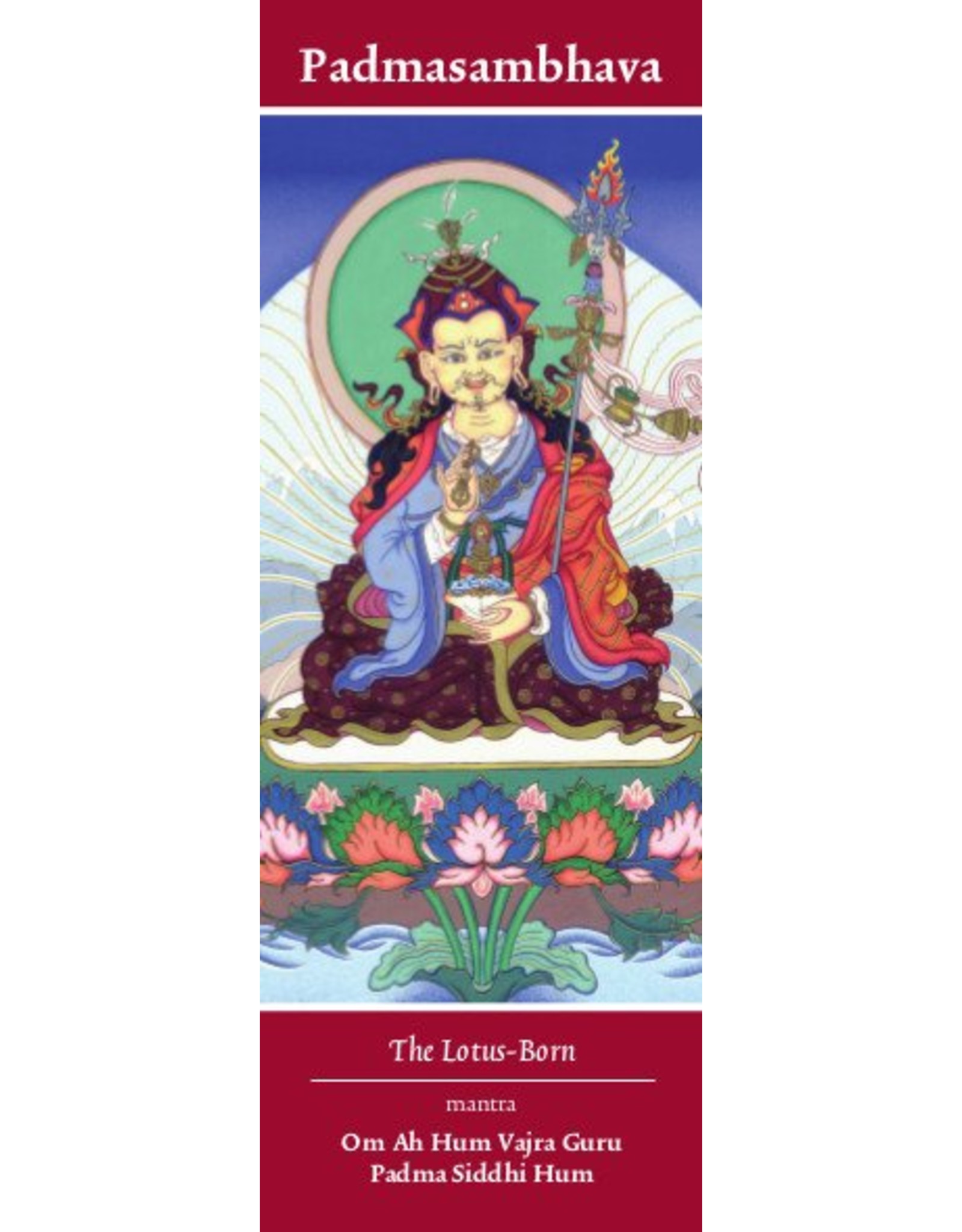 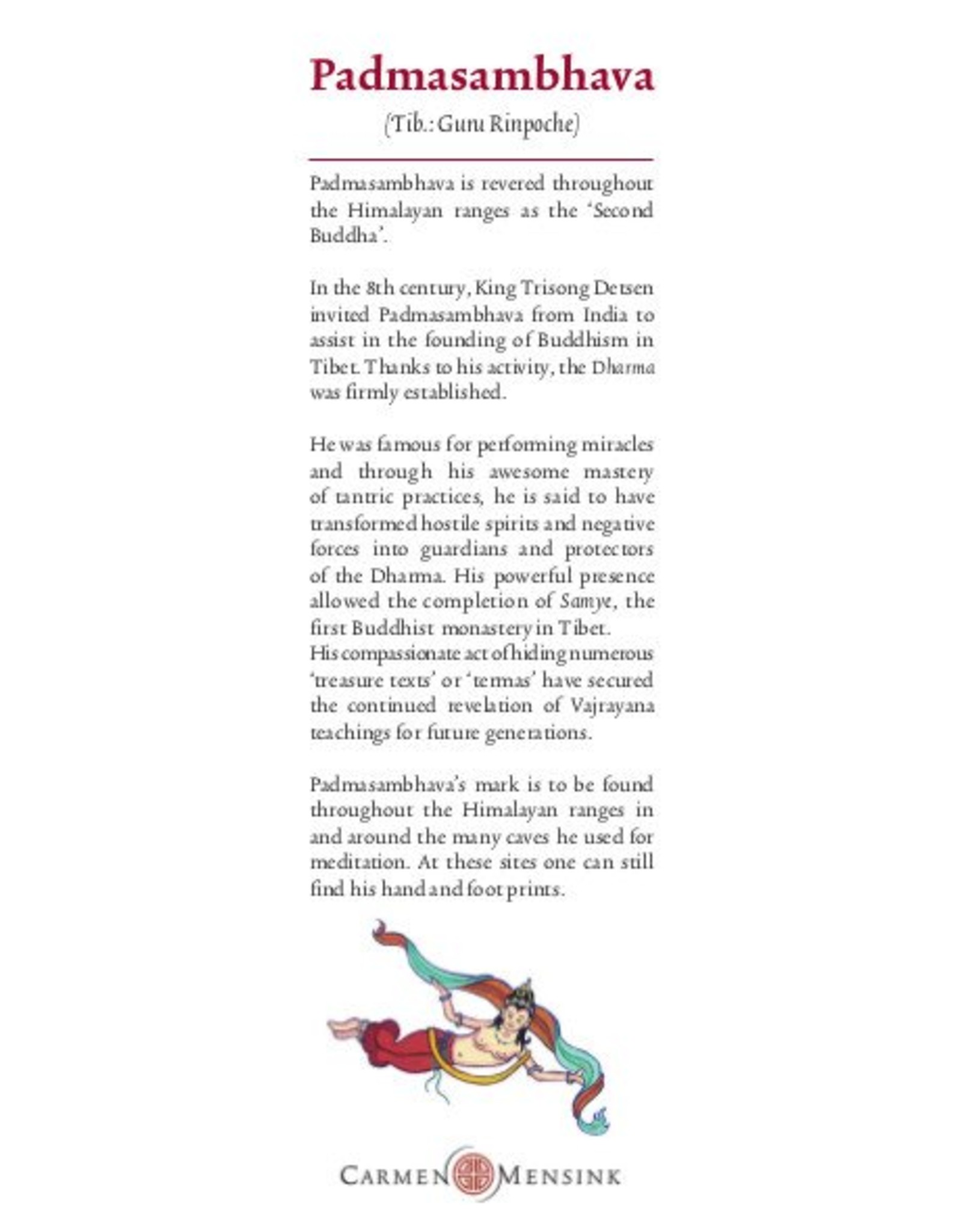 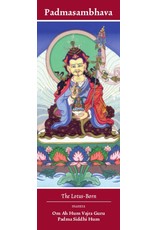 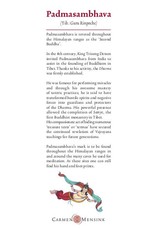 Bookmark "Padmasambhava" of Tibetan Buddhist Art. Padmasambhava is The Lotus-born (Tib.: Guru Rinpoche). At the front you'll find the mantra of Padmasambhava and at the backside the following text:

This bookmark is a design by Tibetan Buddhist Art - Copyright: © Carmen Mensink.