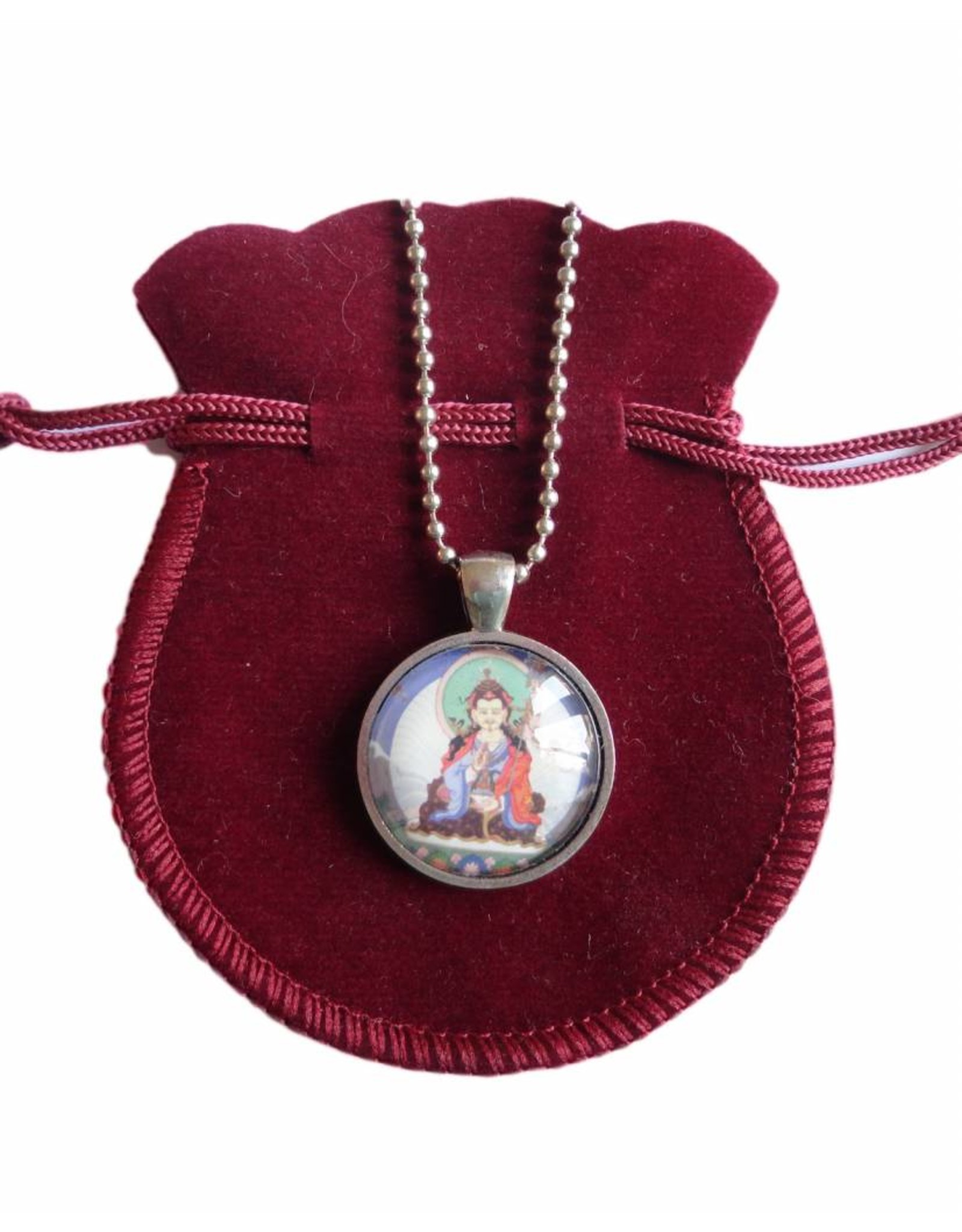 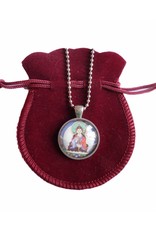 Necklace "Padmasambhava" of Tibetan Buddhist Art. These original necklaces are based on Thangka paintings by Carmen Mensink. Padmasambhava is The Lotus-born, also know as the Second Buddha (Tib.: Guru Rinpoche).

The pendant is made metal on a ballchain necklace. The length of the necklace is 68 cm and the pendant is 2.8 cm x 2.8 cm x 0.8 cm. The necklaces will be delivered in a dark red velvet bag.

This necklace is a design of Tibetan Buddhist Art - Copyright: © Carmen Mensink. 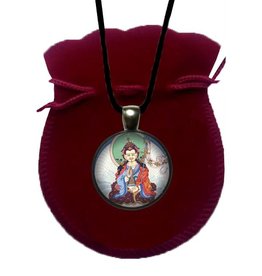 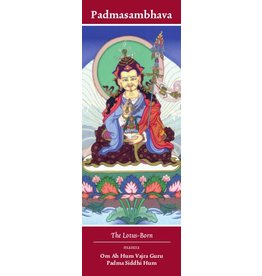 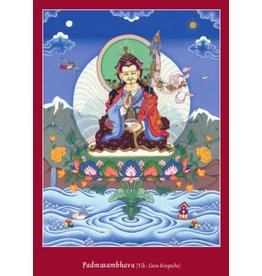 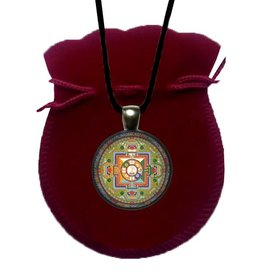