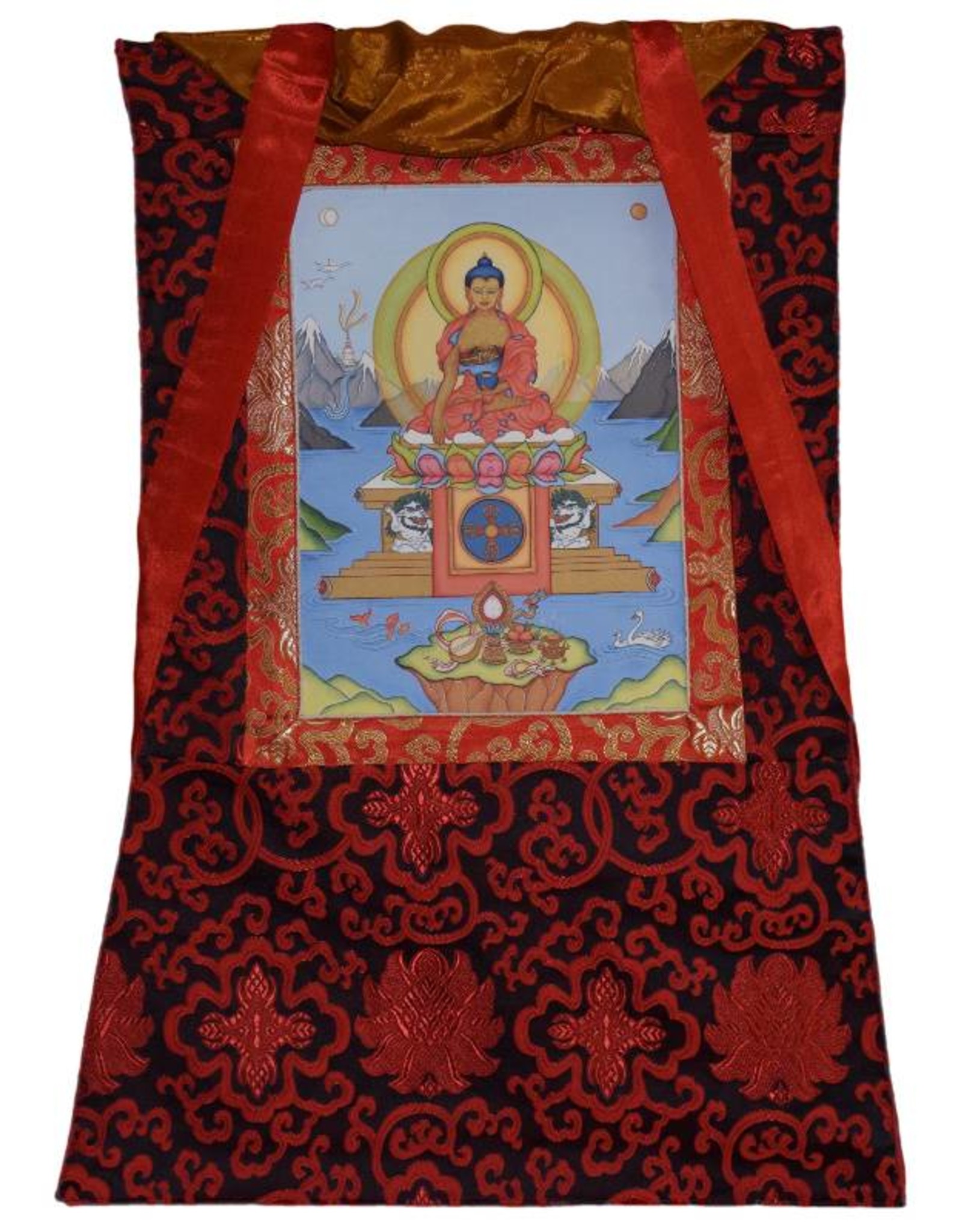 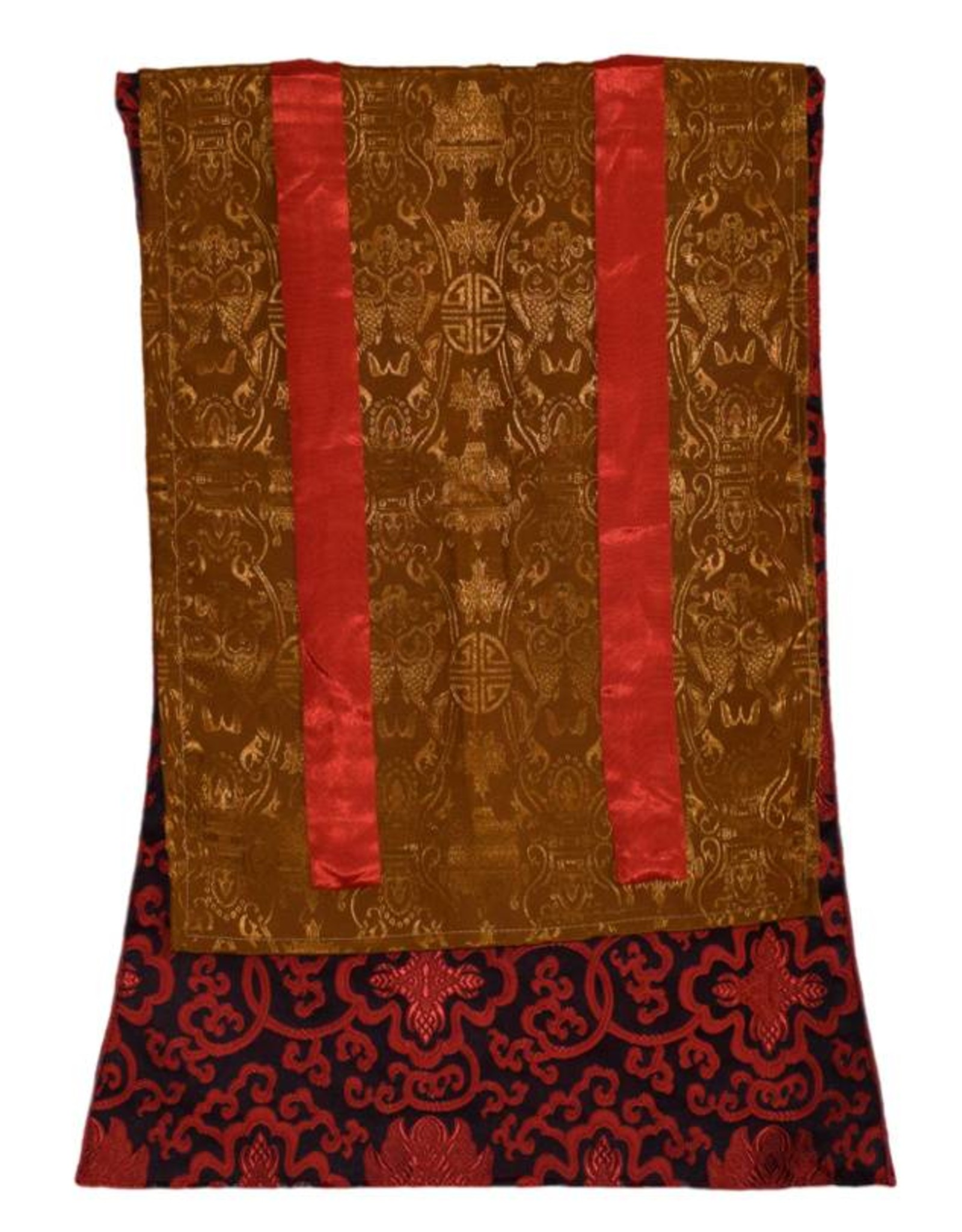 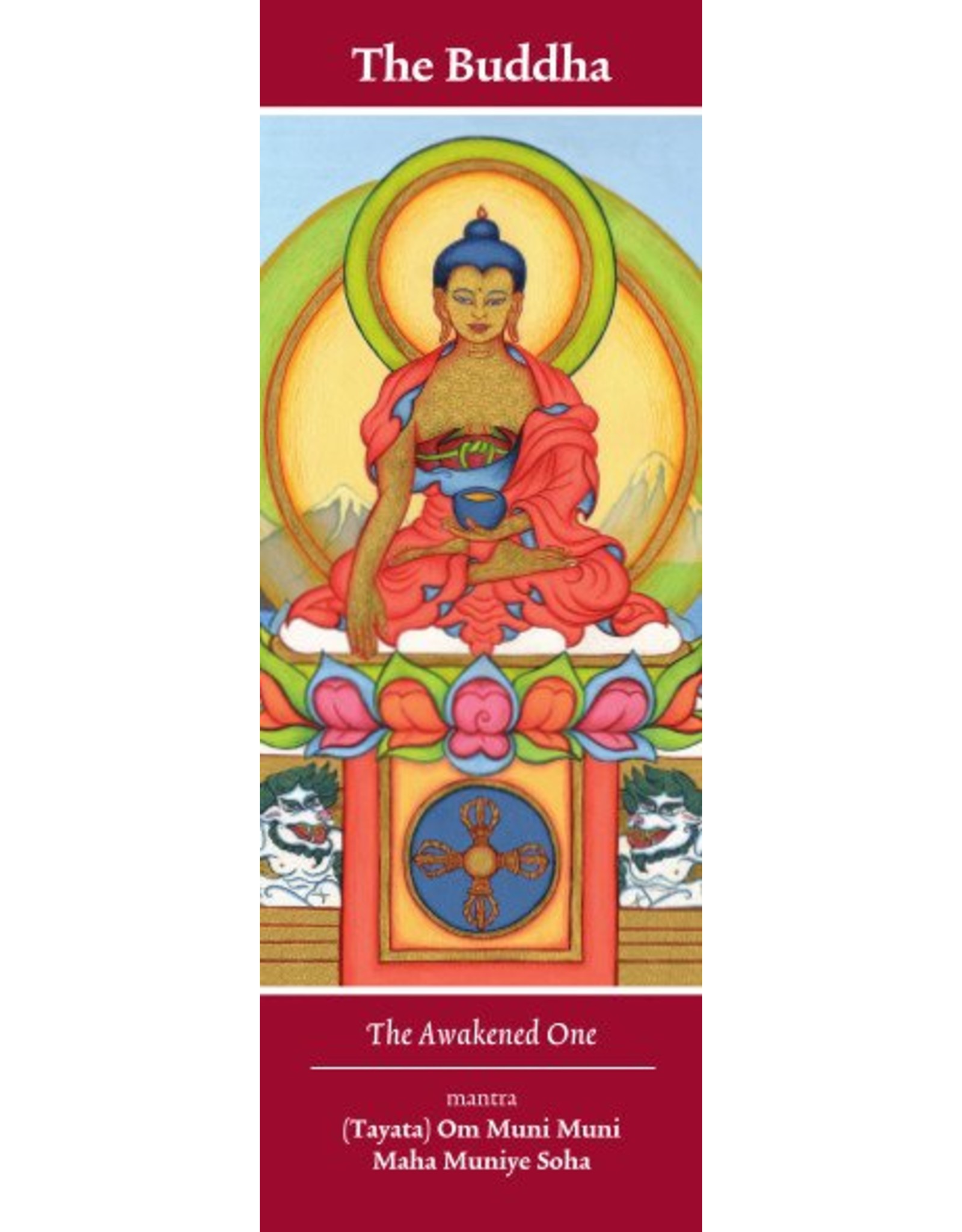 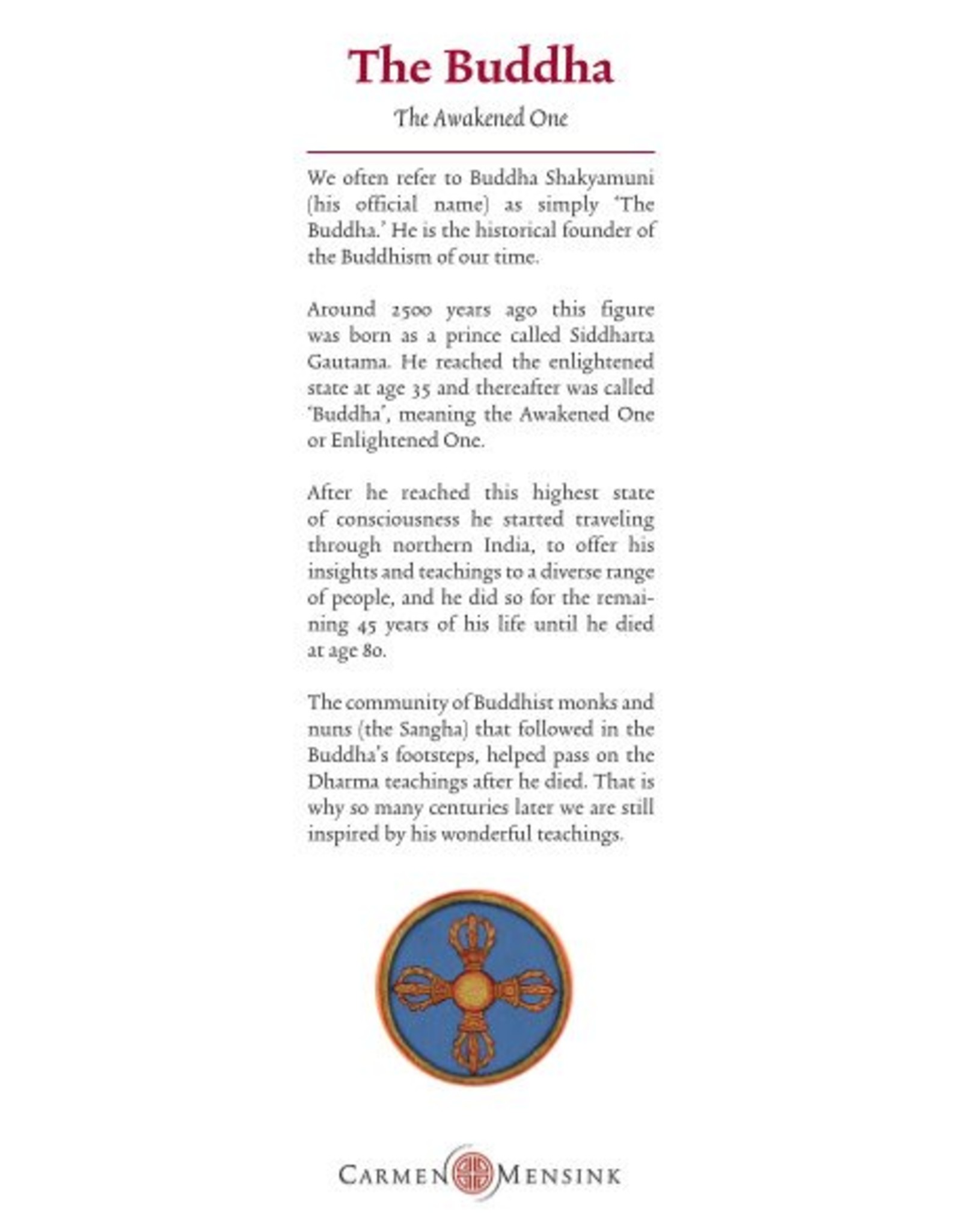 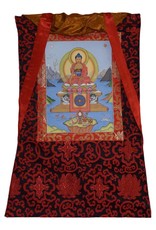 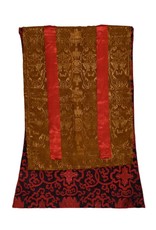 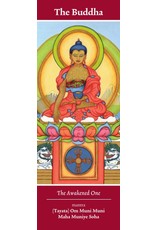 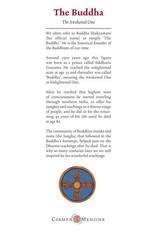 Thangka "Shakyamuni Buddha" of Tibetan Buddhist Art. Thangkas are Tibetan scroll paintings. This thangka is a high quality reproduction on canvas of the original thangka painted by Carmen Mensink. The reproduction is framed beautifully in the traditional brocades in Nepal. Shakyamuni Buddha is The Buddha - The Awakened One. With this thangka a bookmark card is supplied with the following text:

This thangka is a design by Tibetan Buddhist Art - Copyright: © Carmen Mensink. 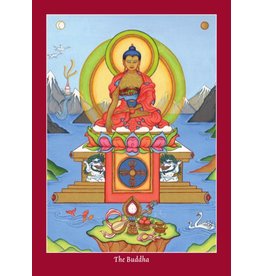 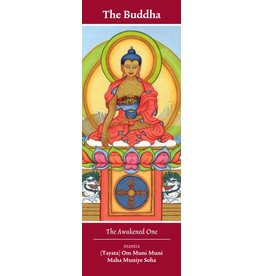 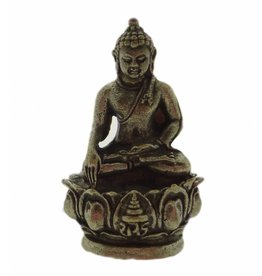 Shakyamuni Buddha - The Awakened One, to take on your travel
Add to cart
Dakini travel Buddha mini
€6,50 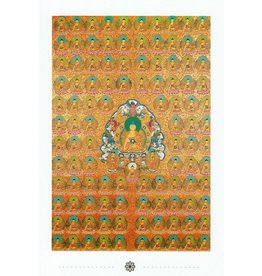